Explore a timeline of the history of artificial intelligence (AI). Learn about the significant milestones of AI development, from cracking the Enigma code in World War II to fully autonomous vehicles driving the streets of major cities.

Depending on how you define them, computers have been around since at least 1946.

That year, ENIAC was launched at the University of Pennsylvania as the first fully digital, electronic, general-purpose computer. view citation[1]

AI is a more recent outgrowth of the information technology revolution that has transformed society. Dive into this timeline to learn more about how AI made the leap from exciting new concept to omnipresent current reality.

AI Through the Years

British mathematician and cryptoanalyst Alan Turing leads the team that cracks Germany’s Enigma Machine coding encryption during World War II. In 1950, Turing says computer programs could be taught to think like humans, and he develops a hypothetical test to determine whether a machine could imitate a human well enough to fool another human. view citation[2]

Frank Rosenblatt designs the first neural network for computers, which simulates the thought processes of the brain. view citation[4]

Arthur Samuel, an IBM computer scientist and a pioneer in computer gaming and AI, coins the term “machine learning.” He also creates the first self-teaching program, which becomes so good at playing the game of checkers that it defeats the fourth-ranked checkers player in the United States. view citation[5]

MIT’s Joseph Weizenbaum creates ELIZA, an early natural language processing system. To demonstrate the superficiality of communication between humans and machines, Weizenbaum programs ELIZA to chat with partners in a realistic manner through pattern matching and substitution. Considered one of the first chatbots, the program has no ability to contextualize events. view citation[6]

Stanford Research Institute develops Shakey, one of the earliest AI robots. Connected to a mainframe computer via a tether cord, Shakey could perceive its surroundings, navigate, plan a route, adjust for errors, improve its planning abilities through learning and communicate in simple English. view citation[7]

Waseda University in Japan develops WABOT-1, the first “android”—a computer-controlled humanoid robot that could walk, communicate in Japanese and grip objects with its hands. view citation[8]

Computer scientist Edward Feigenbaum helps reignite AI research by leading the charge to develop “expert systems”—programs that learn by ask experts in a given field how to respond in certain situations. view citation[10] Once the system compiles expert responses for all known situations likely to occur in that field, the system can provide field-specific expert guidance to nonexperts.

The Japanese government spends $400 million to support AI research as part of its Fifth-Generation Computer Systems project, which aims to create a more sophisticated computer system that would surpass the extant microprocessor-based systems. view citation[11]

Geoffrey Hinton coins the term “deep learning” to explain new algorithms that can be trained to recognize objects and text in images and videos. view citation[17]

Microsoft demonstrates its Kinect system, able to track 20 human features at a rate of 30 times per second. view citation[20] The development enables people to interact with a computer via movements and gestures.

Major advancements in AI have huge implications for health care; some systems prove more effective than human doctors at detecting and diagnosing cancer.

Physicists use AI to search data for evidence of previously undetected particles and other phenomena.

Machine-learning applications begin to replace text-based passwords. Biometric protections, such as using your fingerprint or face to unlock your smartphone, become more common. Behavior-based security monitors how and where a consumer uses a device.

Astronomers use AI to spot 6,000 new craters on the moon’s surface. view citation[28]

Paul Rad, assistant director of the University of Texas-San Antonio Open Cloud Institute, and Nicole Beebe, director of the university’s Cyber Center for Security and Analytics, describe a new cloud-based learning platform for AI that teaches machines to learn like humans. view citation[29]

Google demonstrates its Duplex AI, a digital assistant that can make appointments via telephone calls with live humans. Duplex uses natural language understanding, deep learning and text-to-speech capabilities to understand conversational context and nuance in ways no other digital assistant has yet matched. 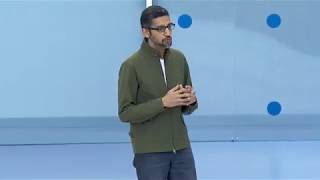 Experts Reveal What’s Next for AI

Learn how the capabilities of artificial intelligence (AI) are raising troubling concerns about its unintended consequences.