Explore the many ways in which artificial intelligence (AI) permeates daily life. Learn how businesses, governments and schools are using AI to streamline processes, save money and enhance outcomes.

AI has crept into our lives so invisibly that you might not even realize all the forms it can take. What does AI even look like—robots? A computer program? An avatar on a website?

The Skills You Need to Work in AI 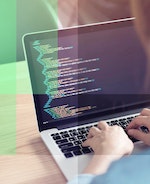 The truth is that AI looks like all of the above, and much more. AI is here, now, and it’s affecting our lives in seen and unseen ways. The ultimate purpose: to digitize and automate to make us safer and more efficient, whether in our personal lives, in business or at the broader societal level.

Before we dig into how AI functions and weigh its risks and benefits, let’s take a look at some examples of AI systems in various aspects of our lives.

Back to the question of what AI looks like: In Las Vegas (and soon in other cities), it sometimes looks like a self-driving car. Rideshare company Lyft launched a fleet of 30 self-driving cars in Las Vegas in 2018. A year later, the vehicles had logged 55,000 trips, earning very high ratings along the way: an average of 4.97 out of 5 stars.

If this success spreads, babies born today may never even take a driver’s ed class. By the time they’re 16, all cars on the road could be self-driving—an evolution that would affect everything from infrastructure and urban planning to the details of our daily routines. Say goodbye to steering wheels, parking meters and traffic jams.

It’s hard to imagine, right? But people are imagining it, and they’re finding ways to profit from such bold ideas. The designers and investors behind autonomous vehicles are also some of the companies who hold the largest amounts of your personal data: Uber, Google, Baidu and Amazon. And they’re designing these vehicles with much bigger plans in mind.

Self-driving cars will fit into a larger network of data-collecting AI systems, such as Google’s Alexa or Apple’s Siri. In one projected scenario, information those systems gather about you throughout the day could later dictate which route your car takes. view citation[1] For example, if you’re taking an autonomous car to a birthday party, it might drive you past a Target on the way in case you need to pick up a gift. If that car is an Uber, Target may pay Uber as a form of advertising, and your ride may be “free”—at least in terms of a monetary charge to you.

Driverless Cars Could Make Transportation Free for Everyone—With a Catch

That’s a pretty flashy example, but AI exists invisibly, too. Consider how your credit card and bank accounts protect you from fraud. There’s no one person sitting behind a desk scrolling through every item you purchase to confirm it was actually you who made the purchase. There doesn’t have to be, because after decades of credit card usage, the industry does have general data on fraud: Some 47 percent of global credit card fraud happens in the United States, view citation[2] with people older than age 60 victimized more often than younger people, according to Federal Trade Commission data. view citation[3]

This data allows the financial services industry to use AI to automate their fraud-detection efforts, saving these firms billions of dollars annually.

This data allows the financial services industry to use AI to automate their fraud-detection efforts, saving these firms billions of dollars annually. AI systems constantly scan the activity on bank and charge accounts to build digital profiles on each user, allowing the systems to tell when an unusual purchase—signaling a potentially fraudulent transaction—takes place.

AI systems are also scanning from the seller side. Online retailer eBay uses an AI system called “outlier detection” that looks for abnormal behavior in transactions on the platform. view citation[4] Still in its infancy, the system spots fraudulent purchases nearly half of the time, and it will only get smarter as it gains more experience.

The systems can also detect fraud using algorithms that track how fraud occurs. view citation[5] If a merchant has repeated instances of fraud, an employee could be the culprit. If fraudulent charges cluster in a specific geographic area, they could be coming from a fraud ring operating in that location.

Detection software protects both financial companies and consumers. A credit card fraud victim directly or indirectly loses money about 65 percent of the time. Card holders are legally responsible for up to $50 in fraudulent charges, while banks and card companies cover the rest. In 2016, total losses due to credit card fraud topped $24 billion. view citation[6]

The Ascent, From the Motley Fool

AI clearly provides great value in protecting people and companies against fraud, but in other areas, it can seem a tad creepy at first. If you regularly use a Gmail account, for example, you’ve probably noticed Gmail’s Smart Reply function, which populates automatic replies to emails you receive.

Here’s how it works: the AI determines three short, relevant response phrases based on the email’s content. Users can then choose one of the auto-replies or write their own.

People initially found the tool unsettling, for a couple of reasons: It’s surprisingly accurate, and it means an AI is vetting your emails. view citation[7] Still, auto-replies very quickly became a regular part of email communications for many. Within a few months of launching, 10 percent of all emails sent from Gmail accounts had used auto-reply. view citation[8] Maybe you’ve sent or received some yourself.

These are just a few examples of how AI has worked its way into our daily lives, helping us get where we’re going more safely, protect our finances more effectively and communicate more efficiently. But AI can do much more than that.

While AI is streamlining and securing our personal lives, it’s also changing the way businesses operate. Large-scale AI systems for business typically rely on unimaginably vast amounts of information (known in the industry as “big data”) and an ability to learn from patterns that human operators haven’t perceived on their own.

In Amazon’s case, this means using AI to monitor customers’ purchases and use that information to predict what they will order next. view citation[9] The retail giant then sends the not-yet-ordered products to shipment centers near where the customers live before the customers even place an order for them. The process makes Amazon more efficient, and faster delivery times improve the customer experience.

With so much of our lives happening in the digital realm now—the products we order, the appointments we schedule, the news we read—it’s easy for AI systems to track where we spend our time online. Those systems can use that information to build digital profiles of each of us, enabling businesses to target advertising to us based on what we search for, look at and purchase online. view citation[10]

Businesses benefit because their paid advertising produces more sale conversions, thanks to better targeting. But it’s not just about advertising. AI systems that monitor a customer’s journey through a digital store can even change pricing and product placement in real time. view citation[11] This is a key example of AI walking the fine line between making our lives more efficient and making us wonder if we’ve given away our privacy.

This form of AI can feel intrusive because it works behind the scenes to shape your experience in ways you can only guess at.

This form of AI can feel intrusive because it works behind the scenes to shape your experience in ways you can only guess at. But another form of business AI, the chatbot, openly works with you to help improve your interactions with a business. Firms use chatbots—also called “conversational AI”—to make their customer service functions more available and helpful for customers and more efficient for the business.

Not all chatbots function in the same way, but in general chatbots can carry on conversations and formulate responses by scanning for keywords in the customer’s statements. If the chatbot is unable to provide a resolution on its own, it can funnel the customer’s request to the correct part of the business. Currently, chatbot conversations are typically rigid and focused on single conversions, but as chatbots are used more, they’ll learn and improve over time. view citation[12]

Businesses aren’t the only organizations investing big money in AI.

Businesses aren’t the only organizations investing big money in AI. The U.S. government is exploring what these systems can do, too.

One of the federal government’s main priorities for AI is automation, which has the potential to save billions of dollars in taxpayer money.

One of the federal government’s main priorities for AI is automation, which has the potential to save billions of dollars in taxpayer money. view citation[13] Government agencies already use fraud-detection AI to predict adverse transactions, and they use facial-recognition AI to identify criminal suspects. view citation[14] As agencies decide whether specific tasks should be fully automated or shared between people and machines, it’s clear that the technology will redesign some jobs, eliminate others—and create new jobs we don’t yet foresee.

8 Emerging Jobs for IT Pros 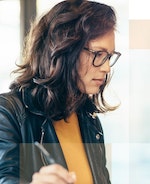 In fact, tax and auditing services company Deloitte estimates that by automating tasks, the government could eliminate anywhere from nearly 100 million working hours to 1.2 billion working hours every year, saving from $3.3 billion to $41.1 billion. view citation[15]

Those numbers are projections for one possible near future, but the government is already using AI in ways you’ve likely come into contact with, or will soon enough. Consider facial recognition at airports. In 2017, the government issued an order for the top 20 U.S. airports to begin using facial recognition AI to scan the faces of all international travelers, with the goal of scanning 100% of international passengers by 2021. view citation[16]

The US Government Will Be Scanning Your Face At 20 Top Airports, Documents Show

The government instituted the practice in the name of security, but public outcry against the perceived invasion of privacy is raising red flags. It’s another instance of AI providing concrete benefits at a cost that some are reluctant to pay.

AI is making major changes in education, too, although changes in this area tend to be less controversial than those in other sectors. One of the biggest impacts AI is having on education concerns accessibility. view citation[17]

Artificial Intelligence In The Classroom

For example, the free PowerPoint plugin Presentation Translator uses AI to provide real-time subtitles of whatever a teacher or other presenter is saying. It also translates subtitles into various languages. This increases accessibility for a wide range of people, from deaf students in the classroom to international students taking classes online. For blind students, the app Seeing AI provides visual descriptions of photos that students take with their smartphones. The app can also read text, scan currency and read barcodes on products.

Educators are also using AI to analyze student performance data in the hopes of improving educational outcomes. In one such effort, the Tacoma Public School District in Washington launched an effort to use AI analytics from multiple sources to increase graduation rates. view citation[18]

And it worked. Over six years, the district’s graduation rate increased by nearly 30 percentage points, from 55% to 82.6%. The district analyzed institutional student data, social media data and data from the government to identify at-risk students. Administrators and teachers then intervened and provided support in ways that made sense for each student.

As success stories like these continue to unfold, AI will work its way into even more sectors of our society. Just don’t expect it to look like the robots you’ve seen in movies.

The Technologies Behind Artificial Intelligence

Learn about the powerful algorithms that enable artificial intelligence (AI) to interpret a wide range of data and perform complicated tasks.