Predicting the future is never a sure thing, but it’s always fun to imagine what might be coming down the pike.

Here’s a closer look at a few AI tools currently under development and how they might change the world one day.

After building an AI bot capable of winning one-on-one matches against human players in the hugely popular Dota 2 team battle game, OpenAI’s five-player team of bots advanced to an international championship against the world’s top players of the game. view citation[1]

The current batch of bots was trained over several months on 126,000 CPUs and 256 graphics processing units at Elon Musk’s nonprofit research institute, OpenAI, where their reinforcement learning algorithms enabled them to rack up 180 years of in-game experience per day by playing against each other. view citation[2]

As AI bots like these continue to improve their innovative teamwork and problem-solving skills, they could prove useful in real-world situations like traffic flow management, improving power grid efficiency or even helping entrepreneurs map out a business plan for their venture.

In 2018, IBM unveiled its most recent AI coup: Project Debater, a system that debates with a human opponent in real time. view citation[3] Unaware of the debate topic until moments before the debate begins, the system scours hundreds of thousands of academic journal articles and other online resources to weigh the pros and cons of a topic before taking a position and arguing it before a live audience. It also listens and responds to its human opponent during the rebuttal portion of the debate, using natural language processing to consider new information the opponent provides.

Outside of a formal debate setting, this technology could potentially be used to provide insights into complex decision-making processes, as in the legal, financial and government policy fields. 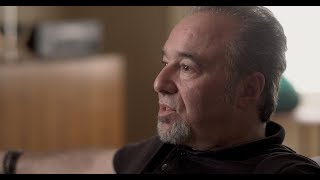 Perhaps the most buzzed-about current use of AI is in medicine, for such uses as diagnosis and preventive care. view citation[4] AI systems trained with databases containing years’ worth of accumulated X-rays, MRIs and CT scans have proven better at identifying various pathologies than human doctors. One recent Google AI project detected early signs of diabetic retinal damage. view citation[5] Other initiatives are focusing on detecting a variety of cancers, view citation[6] using chatbots to ease the burden on health care systems, view citation[7] mining electronic health records to determine appropriate treatments for patients view citation[8] and improving hospital sanitation and safety, view citation[9] to name just a few examples.

After the human genome was sequenced and published in 2003, researchers hoped the breakthrough would lead to personalized medicine that would offer a comprehensive cure-all. We’re not there yet, but AI might provide important new tools that rely on genetic mapping to treat and prevent illnesses. One biotech firm is partnering with Microsoft to use machine learning and a detailed understanding of the genetic underpinnings of the human immune system to create a universal blood test to detect a variety of diseases in their earliest stages—or predict them in advance. view citation[10]

Say hello to Siri, Cortana, Alexa, Bixby and “Hey, Google!” Digital assistants have gotten a lot better in recent years, thanks in large part to huge improvements in AI-powered natural language comprehension and speech capabilities. Able to understand different accents, dialects in a variety of languages, slang, background noise and changes in a user’s day-to-day speech patterns (such as those caused by a head cold), these assistants can retrieve almost any kind of information from the internet, manage home environmental and security systems, compose emails and other messages, and remind you of upcoming engagements.

The Duplex system recently unveiled by Google nudges these AIs into new territory. view citation[11] In a recent demo, Duplex made appointments by placing phone calls to live (and unsuspecting) humans, using highly naturalistic speech and responses to do so. view citation[12] While it was intensively trained on restaurant- and salon-specific speech prior to the demo, it’s an important step toward a general-conversation AI and a major advance toward the goal of artificial general intelligence.

In June 2018, the International Space Station welcomed its newest crew member. Although CIMON (Crew Interactive MObile CompanioN) is essentially a floating head, it’s one that could improve life in space. Among other things, CIMON can learn and recognize the face and voice of each crew member, bring up video and reference photos for science experiments (filmed for later review), provide schematics for a mechanical repair, carry out its own analysis of the problem, offer solutions for a fix and independently navigate the crew compartment. view citation[13]

Though CIMON will initially be tested with just three tasks—participating in two experiments and solving a Rubik’s cube—researchers hope it’s the first example of a socially and emotionally intelligent robot for long-term space missions. If CIMON is a success, it could navigate the unique social dynamics that arise among small, isolated groups of people, which could also be useful in hospitals and other social-service settings.

Learn about the significant milestones of AI development, from cracking the Enigma code in World War II to the autonomous vehicles of today.